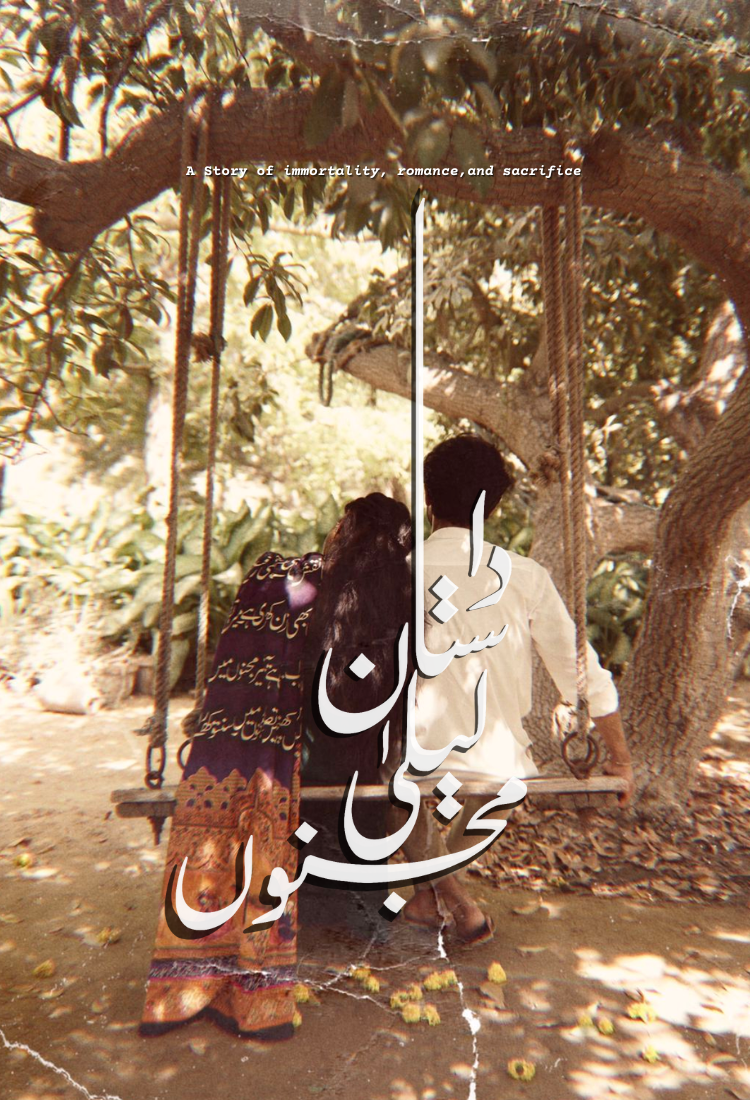 Centuries ago, a boy named Qays in the city of Najd, was fated to become a diwana and was sent away to a madressa, but the measures taken to prevent his transition to Majnun was the very decision that began his descent to infatuation. It was here that Majnun’s eyes laid on Layla and began the evolution from a pehli mulaqat to a pehla nasha - subtle at first, starting from curiosity and into infatuation, leading to the beginning of Dastaan-e-Layla Majnun.

Until one day, they were pulled apart. Layla and Majnun were distraught and they spent a day apart, then a week, then a month. Time moved slowly at first, with each grain of sand slowly making its way down the hourglass.

Years later Layla was roaming through a bazaar - chaotic, colorful and packed with stalls. Her eyes fell on a payal she instantly drifted towards to see closely. That’s when there was a drop of a payal, Majnun leaning forward and the force of Fate to bring the two together once again. For Layla, it felt as though a force of wind hit her while Majnun saw his dreams unfolding into reality. As Layla leaves the payal behind in shock, Majnun purchases it and gazes at it as his mind thinks of only one word, one face, one emotion - Layla.

The pair find themselves sharing a moment that revives their relationship as they meet on a swing and Majnun begins to tie the payal around Layla’s ankle. He finds himself trying to engrave the sound of Layla’s light laughter, the sensation of their fingers slightly grazing one another and the sparkle in her eyes. Majnun found himself shaken out of a dream and the meeting stood still, static in motion.